Sherwin-Williams reveals 2022 ‘Color of the Year’ 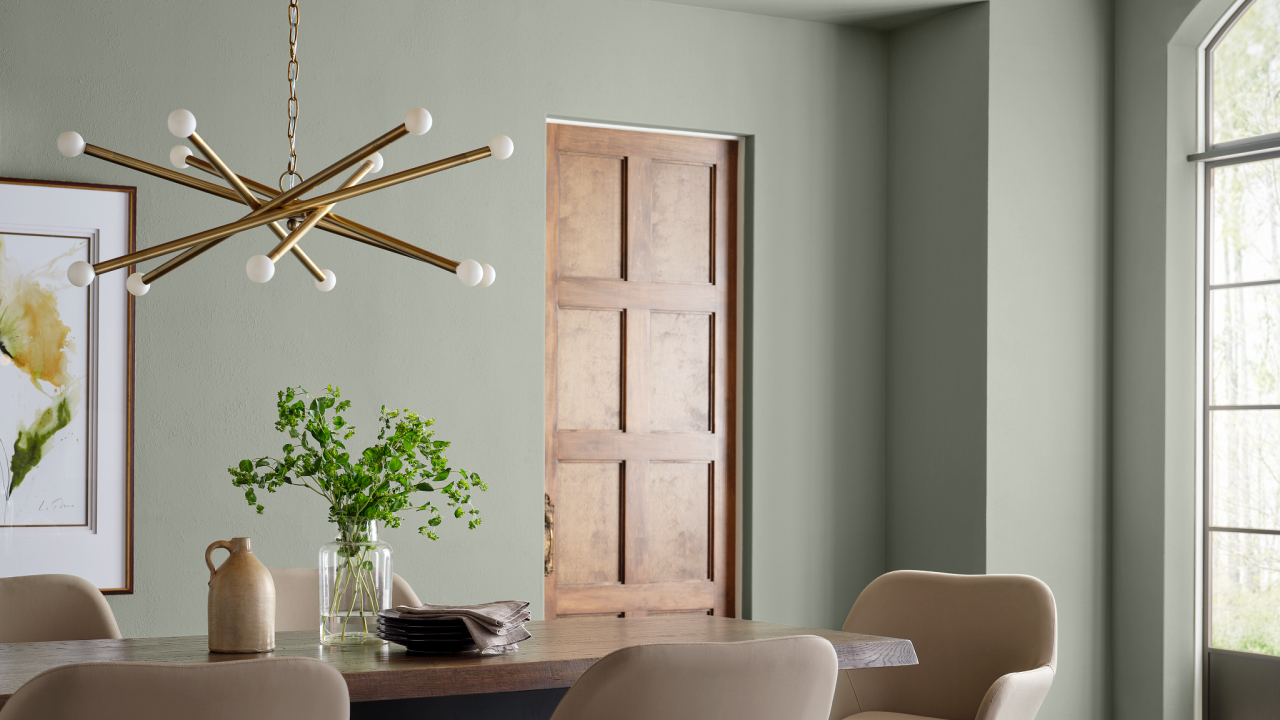 Sherwin-Williams has named its “Color of the Year” for 2022, and this time it’s Evergreen Fog – a tranquil gray-green hue that takes inspiration from nature.

The paint color was selected by the company’s global color and design team, which reportedly analyzed an assortment of trending colors. According to a press release from Sherwin-Williams, Evergreen Fog was the leading color in its annual Colormix Forecast.

PANTONE PICKS TWO SHADES FOR 2021’S COLOR OF THE YEAR: ‘MESSAGE OF POSITIVITY SUPPORTED BY FORTITUDE’

“Evergreen Fog is a sophisticated wash of color for spaces that crave a subtle yet stunning statement shade,” said Sherwin-Williams’ Director of Color Marketing Sue Wadden, in a statement. “Evergreen Fog inspires us to begin again and is a great choice for modern interiors and exteriors.”

She went on to say that Evergreen Fog could be a fit for spaces that need a “regenerative touch,” including homes, hotel rooms, restaurants and office space.

The hybrid color allegedly pairs well with natural textures and textiles, deep black shades and metals like champagne gold or warm brass, according to the more than century–old paint company.

Evergreen Fog is Sherwin-Williams’ 12th Color of the Year and is the third time a green or gray color has earned the honor.

Sherwin-Williams’ previous gray-winning tones were Poised Taupe for 2017, a warm mid-tone gray with a tint of purple, and Urbane Bronze for 2021, a neutral dark gray.

Sherwin-Williams Color of the Year announcement comes shortly after the Pantone Color Institute released its fashion color trend report for the 2022 spring-summer season, which includes green and gray colors.

Pantone has yet to name its Color of the Year, but in 2020 the proprietary color reproduction company named a yellow and gray color.